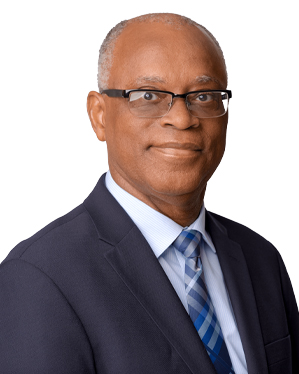 Mr. Charvis has been a Deputy Director General of the OUR since 2009 July,1. He brings to this position a very strong background in utility regulation, having served the organization at a senior level, for approximately sixteen (16) years.

He has been pivotal to the development of the OUR in the handling of regulatory policy issues, resulting in the organization becoming the leading utility regulator in the Caribbean. Mr. Charvis served as the interim Director General between 2013 February and 2013 October, and again from 2016 November 1 to 2016 December 31. Prior to joining the OUR, Mr Charvis worked with the National Water Commission, the Jamaica Telephone Company Ltd., and the Department of Mines. Mr Charvis’ expressed objective is “to contribute to the development of an organization that is a leading exponent of best practices in regulation”.